You are here:
#ELB BlogNews 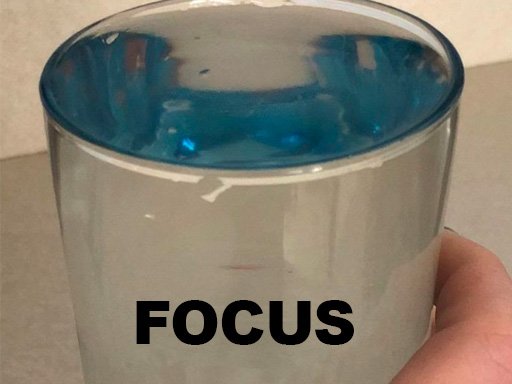 Bob was a man in his older 60’s who had attended church his whole life. His wife was not Catholic, and his children were grown, so he attended church most days by himself. In frustration one Sunday he approached the priest after mass to say he was not coming to church anymore, because of all the distractions. People on their phones, people talking, kids crying, people not paying attention, etc.

He did not like that it wasn’t quiet for him to go deeper into his faith. The priest told Bob he was sorry to hear that, but before he left, could he do him a favor. Bob said “Sure Father, anything.” The priest filled a cup of water from the nearby fountain all the way up to the brim. He handed it to Bob and said: “Bob I want you to walk all the way down the long aisle, all the way across the back, and all the way back up the center aisle and I don’t want you to drop one drop.”

Bob thought it was odd but said “ok Father” and proceeded to do the walk just as the priest asked. Bob steadily carried the water with two hands and focused all his attention or not spilling any water. He took gentle steps and used his peripheral vision to look where he was going, but kept his eyes on the water cup. Bob eventually made it back to the priest who was waiting patiently on the altar steps. Bob handed the priest the cup and said: “here you go, Father now what?” The priest took a sip of the water said “thank you Bob” and continued on to say “Bob, why didn’t you spill any water?” He answered, “because I was focused on not doing so.” The priest said “well then why don’t you focus on the word of God at church and block out the distractions. Put all of the focus that you did into not dropping the water into listening to me, saying the prayers, singing the songs and reflecting on the Scriptures.”  Bob thought for a moment and was speechless. The priest smiled and said, “I will see you next week and God bless.”

We live in a very busy world. Cell phones, ADD, children, grandchildren, job responsibilities, etc. So many balls in the air. Use this story as motivation to give great focus on the people, tasks, and important items that we need to focus on in our lives. If we put all of our attention and focus on the things that we are doing we can accomplish anything.  For someone who is blessed with ADD (it’s a superpower, not a curse), this can be a challenge at times. I have been working at this since I heard this great story and I’m happy to pass it onto you. #Focus

Quote:
“Whenever you want to achieve something, keep your eyes open, concentrate and make sure you know exactly what it is you want. No one can hit their target with their eyes closed.” – Paulo Coelho