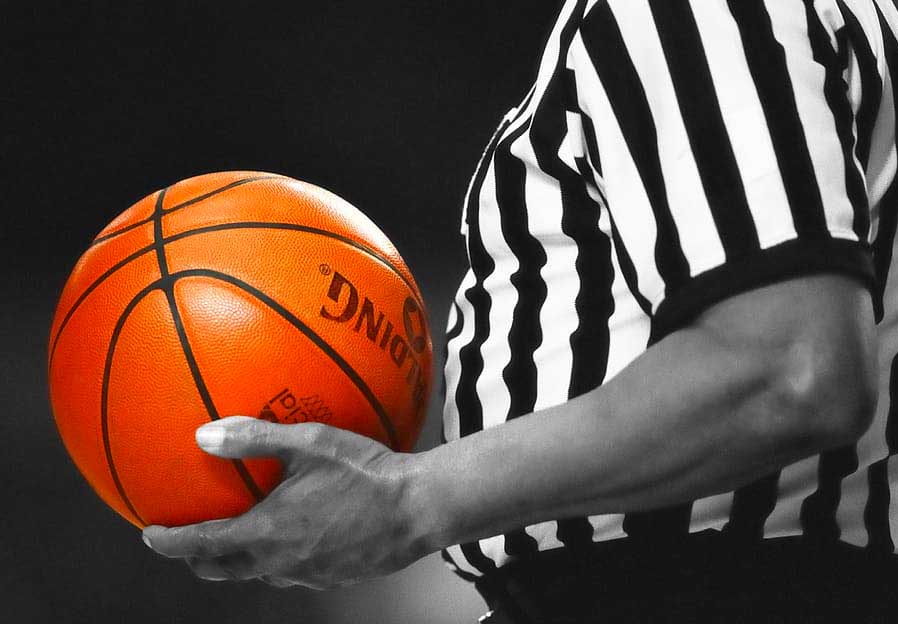 Dear friends, these are tricky times and have presented numerous challenges not only for educators but for families, small business owners, etc. There has been a ton of literature put out about how to lead through these times. I’d like to get back to several of my older scheduled posts. During these times there are great stories out there and I will continue to share them. Thanks for reading my blog and hang in there. Stay safe and healthy.

The last in a series of officiating stories during March madness.

Once again from my time working with the late great Nick Gaetani.

I was officiating a high school varsity basketball game in Staten Island back in the early 2000s.  This particular game was located very close to my family home, while the visiting team happened to be from Brooklyn. It was an ugly game and the visiting team thought they were getting cheated with a “hometown referee.”

Late in the third quarter, the visiting coach became extremely frustrated and received his first technical foul for inappropriate behavior. Not too long after that, the behavior continued and was not letting up. He received a second technical foul and was ejected from the game.

Still ranting and raving, the visiting coach began to collect his player’s warm-up jackets and pants,  motioned to his team and yelled loudly “LET’S GO!” The fans started throwing items, and the coach once again motioned to his players and pulled his team off the court. It was an ugly scene all the way around with fans throwing items and yelling, parents of players shouting negative comments, etc. By walking off the court the visiting team forfeited the game, and the home team won. That was on a Saturday.

When I returned home and looked at my refereeing schedule, I saw that my next game was for the same team that just walked off the court, at their home gym on Monday. I called my supervisor to make him aware of the situation. I asked: “Should I be replaced for that game?” He paused, and there was no sound on the line for a few seconds. He then said “Andrew”….., and again gave a deep pause… “you go into that gym on Monday with your chin up and your chest out. You shake the coach’s hand before the game, wish him and his team good luck, and then you referee your tail off. You didn’t do anything wrong. If he steps out of line you handle it just like you would any other coach in any other situation.” And he hung up the phone.

I felt invigorated, empowered, and inspired, and I did just as he said. I was a little bit anxious about going into their gym because of the previous game on Saturday, yet I went into the game just as he said. I wasn’t arrogant nor showy, yet I stayed firm and ready for anything. I shook the coach’s hand before the game wished him luck, and refereed both focused and dialed in. The coach was on his best behavior and there were no issues in the game, and the home team won.

I learned a lot from that experience. Toughness, resilience, and not shying away from situations, especially when I was not in the wrong. There are many situations in school, in life, with families, etc. that may tend to be awkward or difficult at times. Get back in there with your chin up and don’t be afraid to get right back into the Lion’s den. Confidence, strength, and the fortitude to continually do what’s right makes for great leadership in difficult situations. Nowadays supervisors or others in leadership positions may switch out that official or change to avoid those situations. But not then, and not in that moment.
I can remember the crispness and toughness in his voice saying you get back in there with your chin up and your chest out and referee your tail off. I think he had some other adjectives in there as well that I will leave out for this blog. Take this lesson with you and put it in your pocket as these situations arise all around us.

Continue to go out and do great work in your schools and communities.