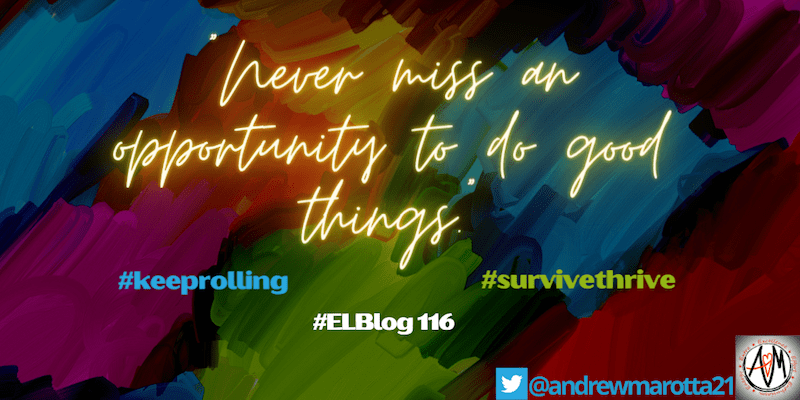 I finally reached episode number seven of The Last Dance. The story of Michael Jordan and the lead up to the last championship season with the Chicago Bulls. I’ve enjoyed watching it with my family and having my kids learn about the greatness of Michael Jordan, his drive, his passion, and his will to succeed. It has been a thoroughly enjoyable watch.

If you have not watched it, this episode was the one where they detailed the season that Michael Jordan went and played minor league baseball, after his dad had been murdered. They explained how there was a shift in the leadership of the team after Michael had left the team. Scottie Pippen primarily had taken up the main leadership role.

There was a scene where they showed a situation in the last seconds of a playoff game, where instead of Scottie Pippen taking the last shot, the coach decided to call for the newest rookie star, Toni Kukoc to take the final shot. Scottie was angered by this and refused to go in the game. What!? Did he refuse to go into the game? The best player on the team just refused to go into the game? How is that possible? What was he thinking? Couldn’t believe this when I saw it.

This scene brought me back to 1993. It was my freshman season playing basketball at Guilford College in Greensboro, North Carolina. I was by no means a star on the team and I was honestly just happy to be on the team. I was the second to last guy coming in off the bench. We were on the road in Norfolk, Virginia at Wesleyan University. We were getting blown out by 40 points and really took it on the chin that night. There was about a minute and 45 seconds left in the game and we all couldn’t wait to get out of there.

He got to me, and I said absolutely! I jumped up, ran in the game, took a charge, hit a three-pointer, and played as hard as I could for those last few seconds. After the game, the coach gave me a pat on the back and said nice job. I moved up permanently in front of those two guys that refused to go in on the depth chart, as well as a couple more, and found my role on the team that season.

That scene with Scottie Pippen reminded me of that moment in my life and I share it with you today in this blog because we should never miss opportunities to do good things. Whether it is in our schools or our families. Whether we believe we are good enough or not. Whether we want to or not. We have all been blessed with gifts and talents and a variety of ways and should share them and maximize them whenever possible. Never miss an opportunity to do good things. Was I embarrassed in 1993 to go in that game down by 40 points? Hell no! The coach called my number and you answer the bell when your number is called.

I’ve told that story to many student-athletes over the years in my role as principal. I think there’s a lot of value in it and learning points. What opportunities do you have in front of you now? Are you stalling on any of them? If so go for it you can do it. Keep rolling everyone! DO NOT ever pass up an opportunity to go in the game when your number is called.”

“One day, you might look up and see me playing the game at 50. Don’t laugh. Never say never, because limits, like fears, are often just an illusion.” – Michael Jordan