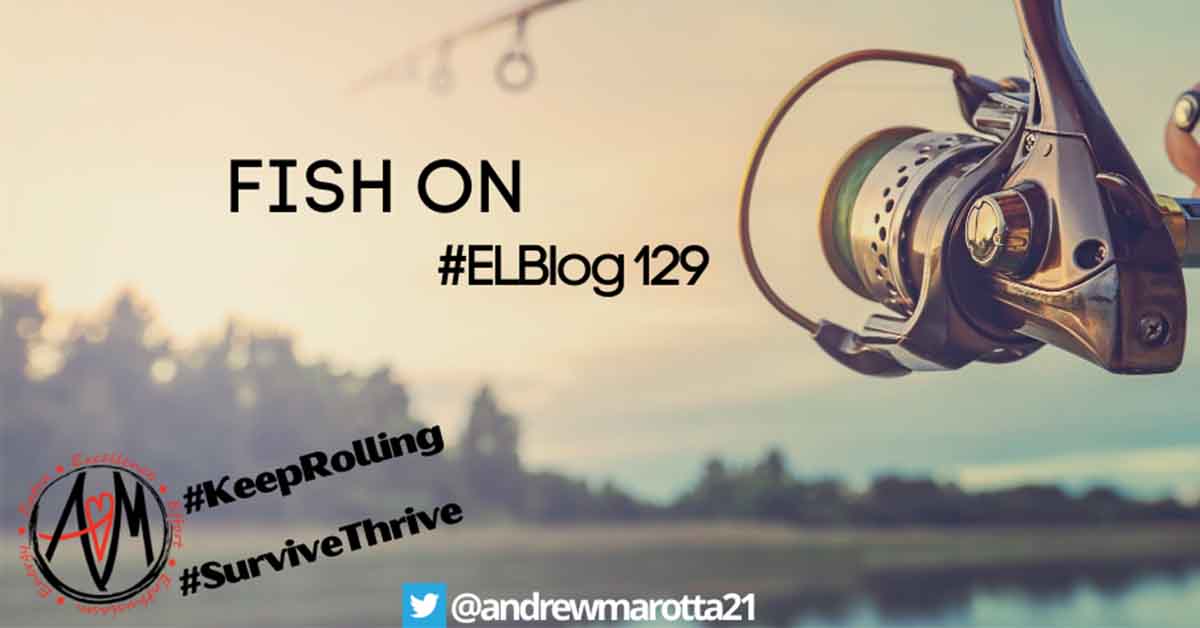 Back in August for my birthday, my children and I decided to charter a fishing boat out on Lake Owasco. Lake Owasco is west of Syracuse, the most East of the Finger Lakes (NY). It is a beautiful, round lake, more so than the other Finger Lakes. We stayed right on the outlet at the lovely home of Josh Czyz.  After making ourselves some breakfast sandwiches, Captain Mark of Markin Fish Charters picked us up right on time and we headed out.

Captain Mark introduced himself, reviewed a few safety items on the boat, and then we slowly made our way through the outlet towards the lake. He was friendly, funny, and was creating an atmosphere that we could all have a good time. I was really excited!

With Kenny Chesney playing on the radio, the bright morning sun shining on us, great coffee, and great company, I was quite relaxed. Mark was very laid-back and calm during the whole time. We made our way to the Lake along the inlet, slow and steady taking in the views and homes on the outlet.  When we got out on the Lake, we set up a type of fishing called trolling. Captain Mark put a bunch of fishing lines in the water and the boat slowly motored through the water as the lines and lures were spinning and reflecting in the light. He was hoping to attract as many fish as possible. Again, the whole scene was quite relaxing & calming.

It wasn’t until a fish was on the line did I see Captain Mark really jump to action. He went from relaxed in his captain’s chair being calm, cool, & collected to jumping into action. Once there was that magical sound of the reel with the line being pulled out (like a zeeeeeeeee), Mark jumped up, grabbed the rod, and started to give a few tugs while reeling it in. “Fish on!” He yelled!  My daughter Claire grabbed the steering wheel of the boat and Mark gave a few other directions and then asked who’s up? Part of the magic of charter fishing is that you get to reel in the fish. Some say that’s the best part. As I was reeling in the fish Mark continued to give directions about keeping the line tight and how to lean back. As I pulled the fish in my kids were jumping around in excitement and the whole boat felt electric. It was truly exhilarating. 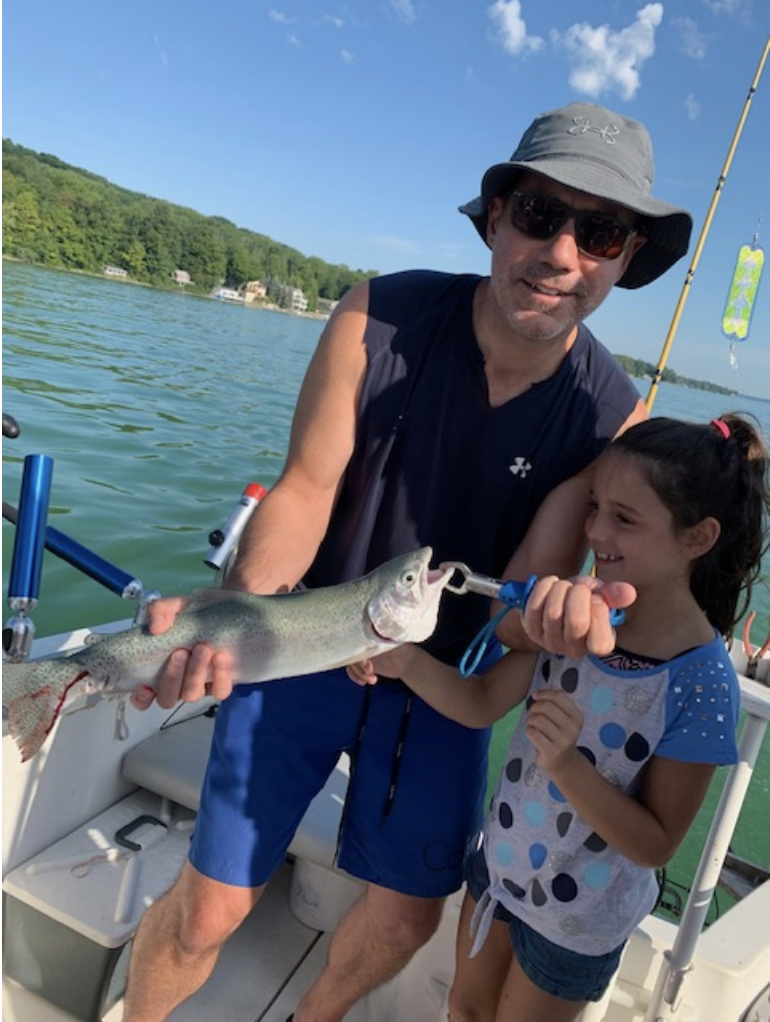 Again, Mark was taking care of a few other things as I reeled the fish in, all the while making sure everything was working as it should. Soon enough, he grabbed the net and we saw a beautiful rainbow trout. To me, a non-experienced fisherman, it looked like one of the biggest fish I’ve ever seen, yet it was probably about 20 inches or so in length. Mark helped me guide the rod directly to the net and success! We got it! It was so exciting for everyone at that moment. We really enjoyed the experience. While we had several other bites and reeling experiences, we did not get any other fish that day, which was a bit disappointing but certainly out of everyone’s control.

The inspiration to write this blog were the words FISH ON!!! Watching Mark jump to action when he needed to. His persona and culture on the boat all throughout were calm, chilled out, and a completely relaxing vibe.  Clearly Mark is an expert at what he does. When it was time for action, Mark responded and then some. He shifted gears quickly and knew everything that needed to be done, and in the order in which it needed to be done. I was extremely impressed as my head swirled around trying to watch what he was doing as I was reeling in the fish.

I have watched educators, nurses, and so many others in my role as Principal also jump into action when needed. I recall one time, my school’s nurse, who always has a bright smile and great attitude, snap into action as a boy was having a seizure, one where he was actually foaming at the mouth in her office. She was amazing and again similar to Mark, shifted gears, and was all in on the safety and concern for this young man. I’ve watched school leaders jump to action if a teacher or staff member falls ill, or even leaves to take another job at another school. There are so many things that have to happen ASAP to get that teacher covered and or replaced…#FishOn!  Watching people in their roles when the stakes are at their highest can be very impressive. I really admire those in their roles of excellence doing what they do best.

I find it a great learning experience to be able to watch and learn from people in those moments when the FISH IS ON the line. Whether literally or figuratively, whether it is a fisherman on his boat, a doctor in the operating room, a postal worker in their space, or a teacher in the classroom. Watching people be excellent at what they do is a great experience and we should all look for those and learn from them as much as we can.

#FishOn. Hope you are all well and safe. #KeepRolling

Quote: “It’s fine to celebrate success but it is more important to heed the lessons of failure.” – Bill Gates