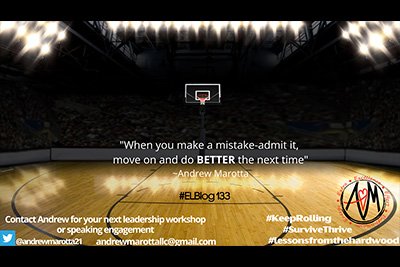 Another lesson from the hardwood. I was doing a game at an unnamed college. Bucknell University was the visiting team. The coach of Bucknell is Nathan Davis. Nathan is a top young coach who is very bright and excellent at what he does.

I had officiated many of Bucknell’s games and knew Nathan quite well. He also knew my partner for the game, but he did not know the third official. Neither did I. We (the 3 officials) had some small talk before the game in the locker room and discussed a few important points, and then began the game. After a few minutes, I knew there was going to be a problem. The third official had made some really odd calls. Calls were made that did not fit the game and were certainly out of the norm that should not have been called. Nathan kept his cool during the first and second calls, the third call he protested, and after the fourth call, he jumped up so fast in protest that he ripped his pants.

His assistant coaches grabbed him and quickly gave him a warm-up to cover his pants. Nathan could care less about the pants. More importantly, was that he wanted to get to that third official and ask him what the heck was going on. I was asking myself the same thing! I did my best to calm Nathan down and let him know that we would speak with the young official. These calls he was making were not only wrong, they were horribly wrong. My partner and I could not get to the third official quickly enough before the game really went in the kicker. When we finally did get to him, we reviewed the following with him: Stay calm, call the obvious, communicate to the coach that you’ve jacked up a couple of those calls, and get the obvious plays. Not head turners. Calls that the grandma in the top row with the bifocals could make and get correct. 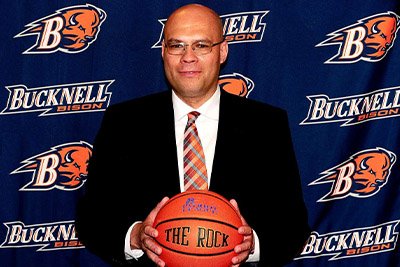 I share this story for a few reasons. The first is the comedic act of the coach jumping up to protest and ripping his pants. It was quite funny! The point is Nathan only protested when something was out of whack. This young man was trying his best but was trying a little too hard. He was looking for things that weren’t there. In our roles and in our jobs, we need to get the obvious plays, the obvious situations. Take care of the things that matter to people and enforce the rules. Don’t have head-turners, (decisions that you make that cause people to turn their heads vigorously and ask what were they thinking?). Not every decision you make is going to be right, and not everyone is going to agree with you, and that is ok!  Just don’t make the decisions that cause good people to rip their pants.

There are also the people that no matter what you do they will always be unhappy. Those are the ones that you should not worry about or think twice about. It’s the people like Coach Nathan that you should value and respect their opinion. Coach Nathan is calm, cool, and collected and would really only say things to the officials when he thought something was out of whack. So we knew that when he spoke, it was important to listen, because most times he was probably right.

Whatever your line of work, especially in education, get to the obvious plays. When you make a mistake whether with kids, parents, or school administrators, admit your mistake and move on. Do better the next time. Don’t exacerbate the first mistake by having a second or third head turner. You might be replacing someone’s pants if you do. #KeepRolling Everyone!

Quote: “Keep your eyes on the stars, and your feet on the ground”. – Theodore Roosevelt