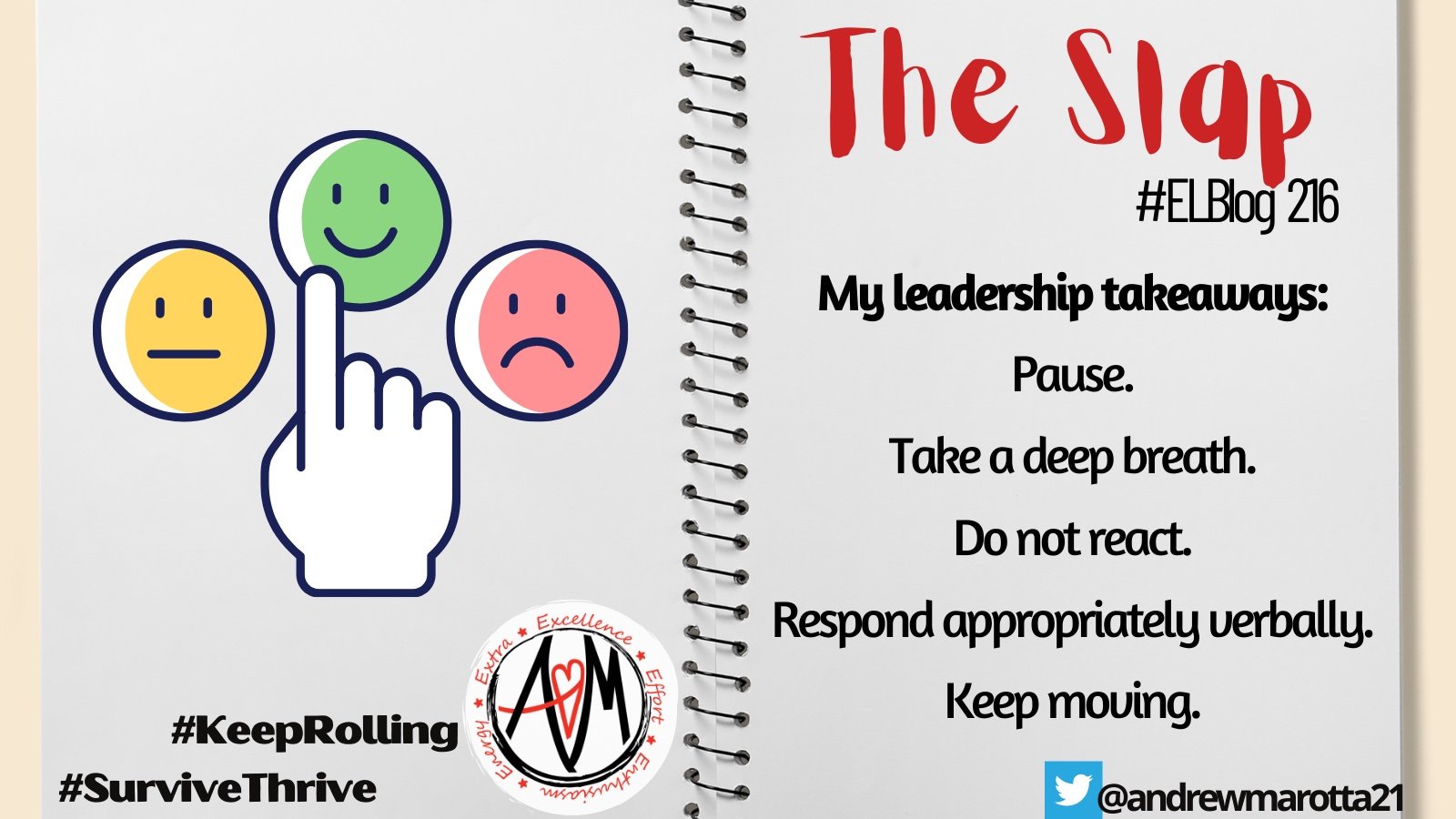 If we didn’t see it live, we all saw it on social media, the news, or via a message from a friend. We all saw Will Smith slap Chris Rock.

In this blog post, I’m not here to debate whether it was deserved or totally out of line. Or whether Chris Rock’s joke was off-color, or out of touch. I do not condone violence, and I do believe Will Smith was out of line for striking him in that manner. Over the years I’ve dealt with people roasting one another, but Chris Rock’s joke was certainly off-color, touching on a very personal and visual autoimmune disorder.

That being said, this blog is about what happened afterward. How did Chris Rock continue at that moment? How was he able to continue on? The poise and the control he showed at that moment were unbelievable. There he was, hands behind his back as Smith approached. He was in a non-confrontational position and took the blow. What happened next was just incredible. He paused, he processed what had just happened and even made some jokes about it. When Will Smith was cursing at him repeatedly, Chris answered him and said “I will, I will”, and moved on. The fact that he was able to compose himself in that moment, not retaliate, and continue on as a professional was just incredible.

Let’s think about ourselves in the positions that we face each day? How would we handle it if someone slapped us in a public setting? What would we do, and how would we react?

We as educators and leaders are pressed often, but hopefully never like that. Chris Rock showed amazing restraint and professionalism in that manner. He has probably dealt with hecklers, rude guests, inappropriate people, and more over the years. All that experience has led up to that moment when he was put in a most challenging situation. I think he handled it perfectly.

Pause.
Take a deep breath.
Do not react.
Respond appropriately verbally.
Keep moving.
I know there are many strong feelings about what happened and people are entitled to their opinion wherever it may lie. I was just thoroughly impressed by the way Chris Rock handled the entire situation. We all can use this as a learning point as we get pressed publicly in our roles. Keep leading and keep rolling! If I can help you in any way don’t hesitate to reach out at @andrewmarotta21 on Twitter.

Quote: “Rejection is an opportunity for your selection.”
― Bernard Branson