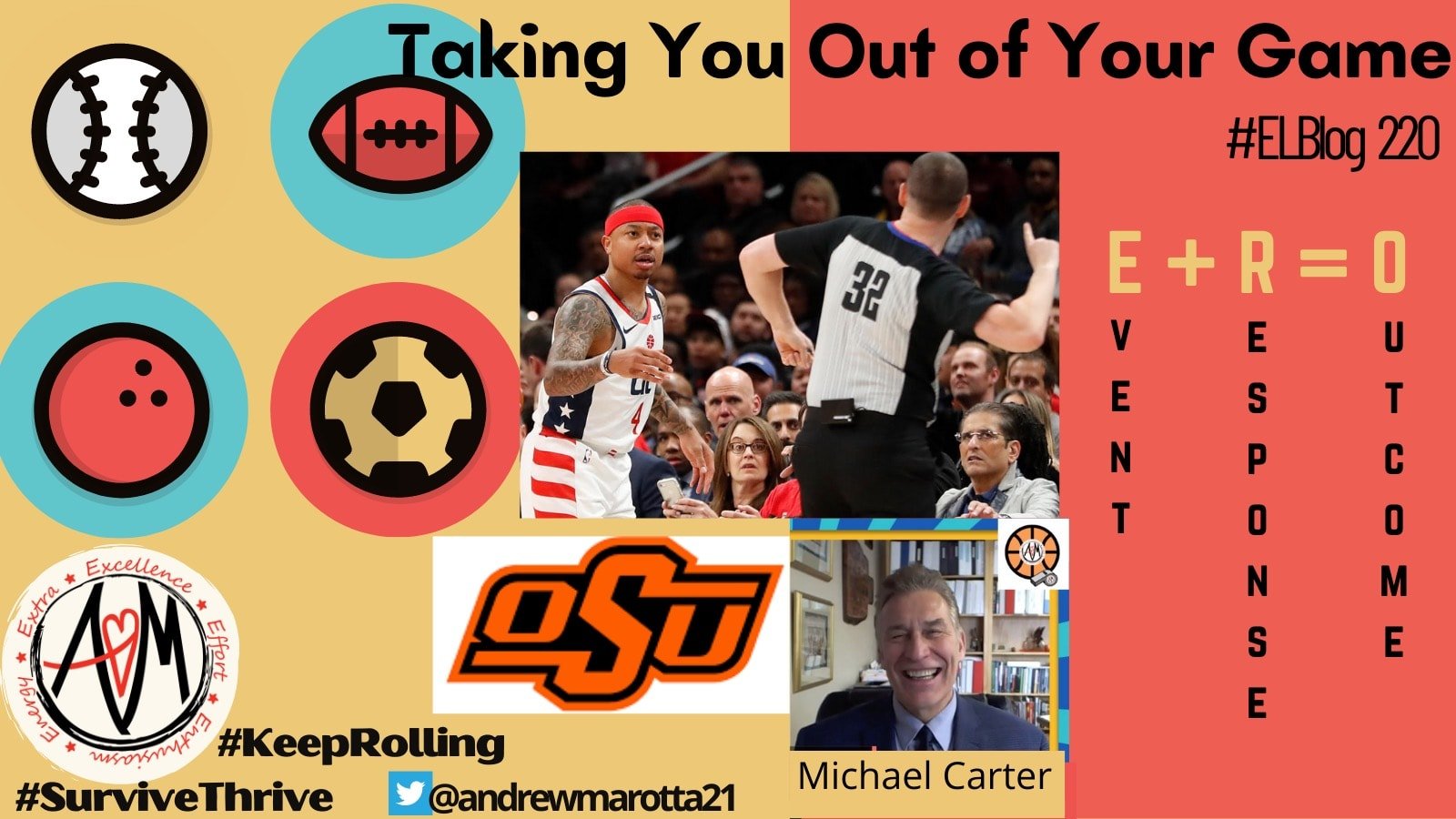 The best part about doing the #ELB Podcast is that I get to meet amazing people every week, from all over the world. Literally! A few weeks back I had a chance to talk with the great Michael Carter, (Lake County, Superintendent, Oregon). Michael is a veteran educator, extremely well-read, has traveled the globe and is a former division one men’s basketball player at Oklahoma State University. On the podcast, I asked Michael if during his time as a player if there was a story, experience, or coach that had an extreme impact on him that has helped his learning and growth. Like great leaders do, Michael responded with a story.

Michael was playing in Texas in a location near many of his family and friends. A number of them were at the game and he wanted to do a great job to make his family proud. During the game, an opposing player was really getting under his skin. His coach called a timeout and let him have it. Michael explained to his coach that the guy was spitting on him which was taking Michael out of his game. The coach told Michael to handle it, which indeed Michael did in an inappropriate manner. He went in, got into a fight and got ejected from the game.

Michael shared how disappointed he was in himself that he let this guy take him out of his game. It was an irritating variable that got under his skin and he was literally taken out of the game because he got physical with the guy. So many times in our lives people are getting under our skin. How do we handle it? We have the choice of how we respond. There’s a great formula that my friend Dr. Rob Gilbert has shared on his hotline: E plus R equals O.

Event + Response= Outcome. So many times we focus on the E in the formula. The event that is getting under our skin but it is really the R that we have total control over. Michael was reflecting years later on this experience and it still rings true today. Don’t let people take you out of your game. Regardless of what they’re doing or how they’re doing it, you have the choice of your R and how you handle that.

I’m grateful to Michael Carter for this amazing story and for the connections he has helped me continue to make in Oregon.

Watch the full podcast by clicking here or below:

I wish you the best in your journey and if I can help you in any way don’t hesitate to reach out at @andrewmarotta21 on Twitter. Keep rolling friends and keep surviving and thriving!