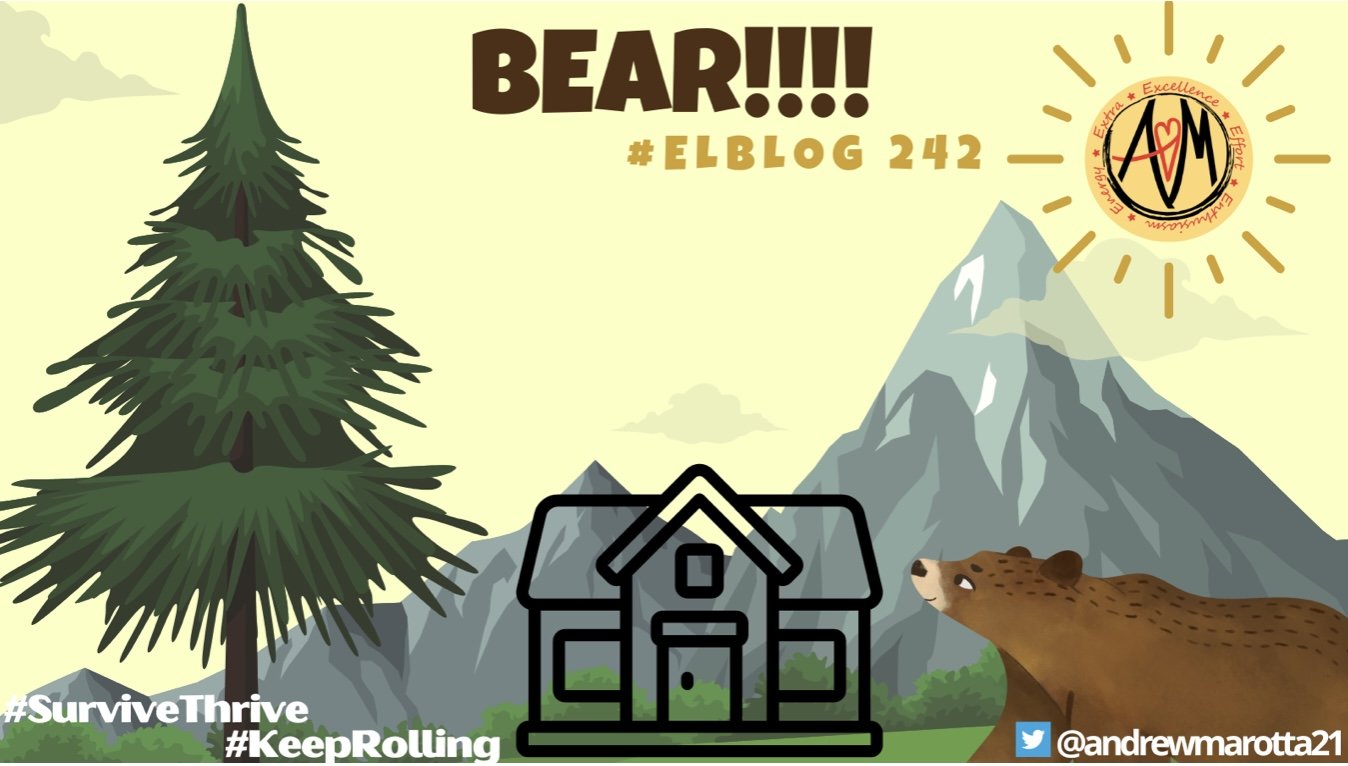 I’m originally from Staten Island, New York. I didn’t grow up with a lot of wildlife near or around me. Bears, deer, bats, etc., none of these anywhere to be found. I grew up with Italian bread, bikes, stick-ball, and city buses.

Since I moved to Northeastern Pennsylvania in 2005, I have grown to love life in the country. The wilderness, the animals, the quiet, etc. It’s beautiful. I live in a town that is so small it only has one traffic light!

That being said, I have also learned about living among the animals: the beauty of it, and the trouble of it all in the same experience. We hit a new plateau recently. A bear joined us under the front porch. We recently had some work done, and the side of the front porch was not yet sealed. Well, with the side open, in the bear went. It was there for several days, making a racket, digging stuff up and preparing to hibernate for the winter. We googled advice, we called the game warden, we made loud noises on the deck, and poured water and Pine-Sol through the slats in the wood. We took all the steps that people had told us, but the bear remained.

I received some unconventional advice from a local science teacher. Firecrackers. That’s right, firecrackers. The theory is, if you scare the heck out of the bear, they won’t come back.

We prepared for the event. I bought firecrackers and lighters. We put the lights on outside, and had people on visual alert to see if the bear left. I also had my escape route planned out after tossing the firecrackers. I tiptoed to the edge of the porch, lit multiple packs and tossed them as hard as I could into the center of the porch underneath the wood and ran like heck out of there.

There was a loud pop, followed by more loud pops. The area filled with smoke and flashes of light, and then we heard it. The bear scrambled out of there and ran out the side of the porch! Success. We had done it.

So what can we learn from this experience?

Sometimes things happen. You have to deal with it. Seek advice. There are many out there who may have had the experience and have good counsel for you.
I like to think outside the box. Sometimes the answer is easier than you think. I should have buttoned up the side of the porch right away. I kept looking at it and saying one day I’ll get to it. When there’s a need, take care of it right away. If I had buttoned up the sides, this would not have happened.

Keep rolling friends! If I can help you in any way don’t hesitate to reach out at @andrewmarotta21 (https://twitter.com/andrewmarotta21) on Twitter.

Quote: “The highest of distinctions is service to others.” –King George VI